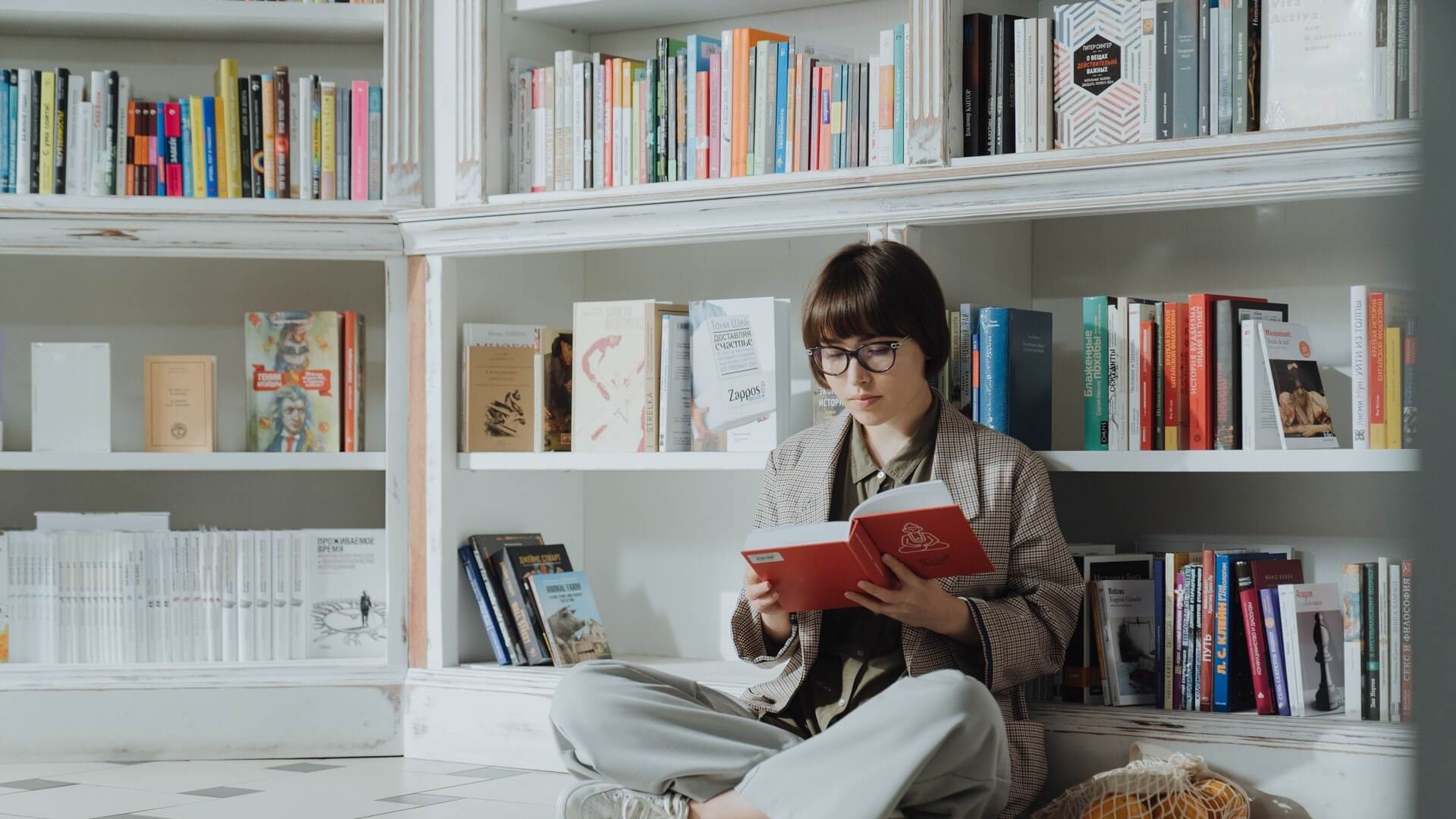 Human beings are termed social animals. They need to interact with each other constantly to perform their personal and professional commitments. The ability to interact effectively is a huge plus in maintaining cordial relationships with fellow humans.

Understanding the feelings of others better helps you in being empathetic and kind. Social intelligence determines how you manage your interactions with others and succeed in different walks of life. This article defines interpersonal intelligence, its importance, tips to improve, and other important factors related to it.

What Is Interpersonal Intelligence?

Interpersonal intelligence is defined as the ability of a person to develop connections with others and build professional or personal relationships with them. It helps you in understanding the emotions of people around you and interacting with them accordingly.

Numerous professions require interacting with others in a relatable and understanding manner such as teachers, politicians, actors, counselors, etc. People with high levels of social intelligence can carry out effective conversations and have a positive impact on others.

Intelligence is generally explained through Gardner’s theory of multiple intelligences. According to Howard Gardner, a single criterion cannot define intelligence; rather it’s an amalgamation of different factors. He states that being intelligent is influenced by different areas of the human brain and all these areas are interconnected with each other.

Gardner defines intelligence as the ability to resolve issues, develop new products and offer different services to a community in addition to the generation of new problems to resolve. The nine types of intelligence defined by Gardner are listed below:

It includes the ability to communicate with others using impressive words. The interaction can be verbal or through writing. This intelligence type is prominently present in writers, poets, editors, play or scriptwriters, journalists, etc.

This type involves the ability to classify, categorize, deduce and generalize calculations involving numbers quickly and accurately. People possessing this type perform mathematical and analytical problems swiftly and their problem-solving skills are exceptional. They are very good at resolving logical and mathematical questions. This ability is dominant in mathematicians, engineers, accountants, statisticians, etc.

This intelligence allows people to create melodies, sounds, or rhythms in addition to perceiving, transforming, and expressing a variety of music forms. This ability is prominent, in composers, musicians, conductors, etc.

This involves the ability to represent data visually and graphically. These people can create charts, layouts, diagrams, etc. People with dominical spatial intelligence include professionals such as pilots, painters, architects, sculptors, etc.

It involves the ability to interact with others in an understanding manner and empathize with them. This is done through facial expressions, gestures, and tone. This intelligence type is prominent in teachers, politicians, actors, merchants, etc.

Reflective and self-aware people possess this type of intelligence. They have high levels of self-awareness, self-knowledge, self-discipline, and self-esteem which help them in achieving goals in life. This ability is present in psychologists, philosophers, etc.

Naturalists are equipped with the ability to understand nature and utilize different elements from the environment to express themselves. Those elements can be urban and rural and they have the talent to classify and recognize them efficiently. The dominant traits exist in professions such as botanists, ecologists, etc.

These people use their abilities and collective intuitions to understand people around them in a better way. They can think out of the box and view a bigger picture of everything. People with high levels of existential intelligence exist in professions such as philosophers, theologians, life coaches, etc.

People with high levels of emotional intelligence can imagine themselves in others’ shoes effortlessly. Becoming a good leader also involves understanding the needs and emotions of your team members. In this way, you will be able to take the whole team forward.

Being understanding also helps you in identifying the unique strengths and weaknesses of others and building strong relationships with your peers.

Stand out among the crowd

In today’s world, it’s a rare trait to comprehend the emotions of others deeply. High levels of interpersonal intelligence allow you to understand what others are going through and connect with them on a personal level. Others are comfortable discussing their concerns with such people and find comfort in their company.

Being a great listener is extremely important to connect with others. Intelligent people are empathetic listeners and they are even able to anticipate what the other person is trying to share with them.

Taking out time to connect with others is extremely significant for team leaders as it encourages your team members to develop a strong connection with you. It also results in seamless completion of tasks without facing conflicts.

People with superior levels of intelligence are great at being socially active. They earn the respect and trust of their team members by being courteous to their team members. Strong social skills lead to building strong teams and result in high success rates.

Effective communication is a key to professional and personal success. Speaking, listening, reading, or understanding others through facial expressions can lead to fruitful interactions.

Why Is It Important to Become Interpersonally Intelligent?

People with high social intelligence can build genuine relationships with others. They have the moral support of people around them and are emotionally stable.

Being interpersonally smart is very significant in paving the way for your professional and personal growth due to the following reasons:

Visit our website and take a free interpersonal intelligence test to know your score in all the nine bits of intelligence listed down in Gardner’s theory.

Human beings cannot survive alone. Boosting your interpersonal skills is imperative in leading a successful life in both personal and professional aspects. The following tips help you in acing your social intelligence skills:

Tutor others for interpersonal intelligence

Teaching others greatly improves your interpersonal intelligence. It helps you in discussing a complex topic in a manner that is easily understandable for yourself as well as others.

Tutoring helps you in exploring various methods to approach a topic and align your lectures with the learning needs of your students. Communicating with others at their level helps you establish a strong bond with them.

Become a part of community service

Participating in community service helps you in practicing compassion and connecting better with people. You can improve your interpersonal skills greatly by volunteering for various social causes and investing your time in helping people.

Be an active listener

Listening to the thoughts, perspectives, and opinions of others is extremely important for developing strong interpersonal skills. Acknowledging the ideas of others helps you in creating a strong bond with them and learn from their experiences. It helps you gain insight into different new precautions and help you become more receptive and kind.

Being empathetic helps you in understanding the feelings and emotions of others better and develop strong interpersonal abilities. It encourages you to imagine yourself in others’ shoes and connect with them on a personal level.

Being actively involved in all the team activities is very helpful in developing strong interpersonal intelligence. It not only improves your proactive approach but also helps you contribute better to the performance and productivity of the team.

You must become socially sensitive to improve your social intelligence. You must understand the boundaries set by people around you and be courteous to them at all times. It also involves avoiding discussing topics and making remarks that can offend people and hurt their sentiments.

Having positive body language allows people to interact with you with ease and make you look easygoing and affectionate. You must also adapt to gestures that are common in other cultures depending on your location. You must smile often and wave to people to make them feel comfortable.

Social intelligence is affected by several factors that include:

Numerous celebrities and public figures possess high levels of interpersonal intelligence. Some of them are listed below:

Possessing strong social intelligence is integral for progressing in your personal and professional life. It ensures that you can communicate with people in a more empathetic and affectionate manner. Our website offers free interpersonal intelligence tests that help you gain insight into your levels of different intelligence types.