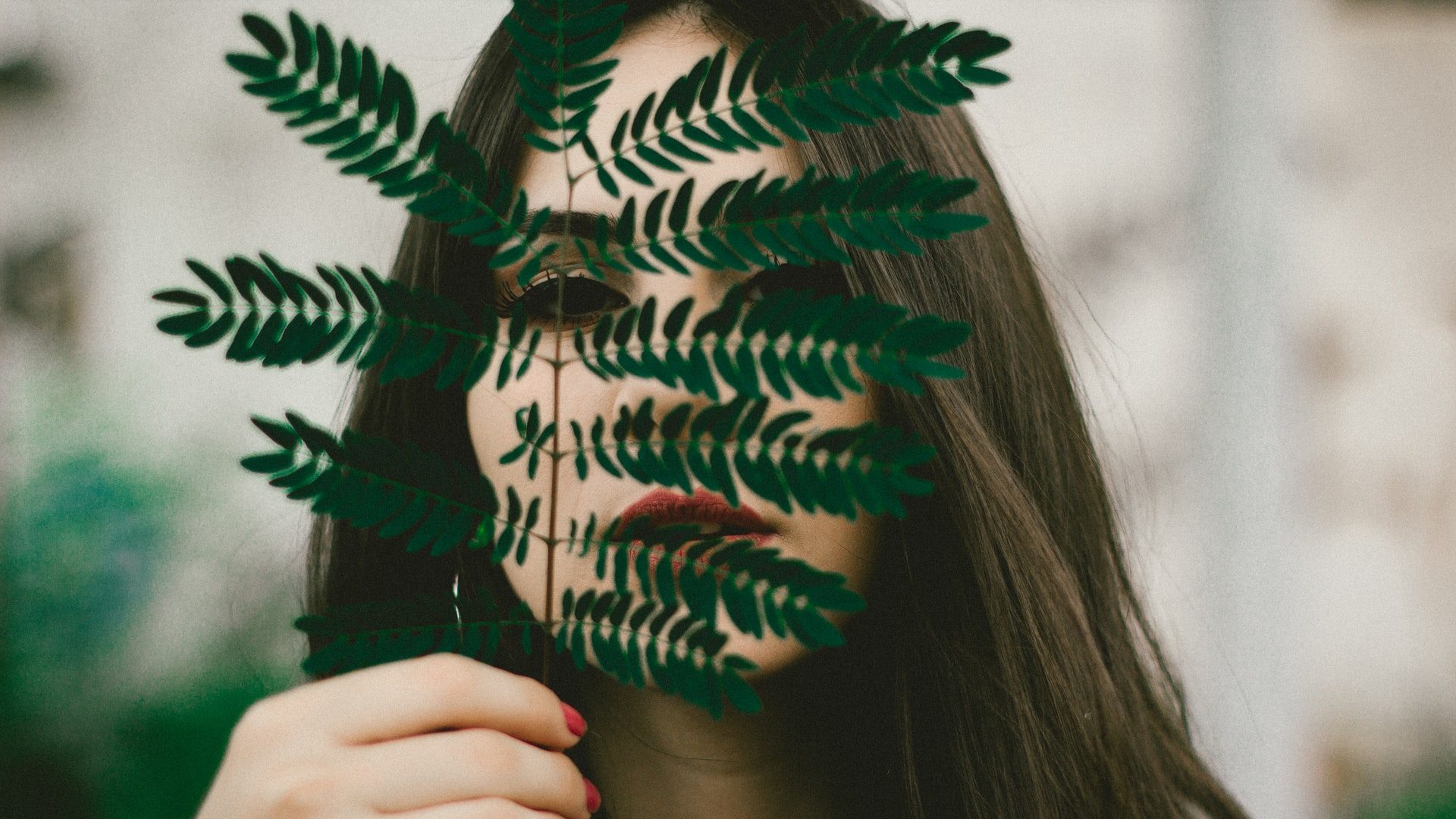 Take this free online test to get deep insights into your personality using artificial intelligence (AI). AI will display your results using a theory called “The Big 5 personality traits”. It is one of the most scientifically validated theories to understand human behavior.

Psychological personality tests are a common tool used by people and organizations. These tests have answered a lot of questions for people who have stable jobs and yet felt unsatisfied with their career choices. If a person is unhappy with a job then there is a possibility that the job description does not match his or her personality traits, hence making it difficult to be content and thrive.

What Is a Psychology Personality Test?

Psychology assessments are written or verbal tests that evaluate the behavior of a person. Various types of psychological tests are effective in understanding the dynamics of human beings.

Psychological testing was created by Francis Baton. The group of tests can be traced back to 2200 BC in China. The emperor tested his officials to make sure that they were suitable for the positions they are given. These tests were used by many Chinese dynasties and they created a strong impression and were soon adopted by countries all over the world.

The World War I era served as a crucial crunch in the world of psychological testing. Several tests were designed to evaluate the soldiers and figure out which ones were suffering from psychological disorders like PTSD or ‘shellshock’. These screening tests may seem archaic nowadays but they laid the foundation of the world’s first personality test.

Developing reliable and effective psychological tests must follow some principles because without these principles the tests will not be useful.

Here are some principles that are vital for developing psychological testing:

The developer must have a clear idea of the nature of the contents and items included in the test. The creator must also be sure about the instructions, probable time limit, sampling method, and statistical method of the test.

Writing items of the test

The items of the test depend on the purpose of the test. The writer must have an excellent knowledge of the test’s subject matter. The writer should be aware of the people taking the test, be familiar with types of items and their pros and cons and they should also have an impressive vocabulary.

It is a crucial part of the standardization of the test because the establishment of reliability and validity is the key to ensuring the test’s eligibility.

The manual is crucial because it offers a detailed guide of the test to the users. It shares valuable information such as instructions for administering the test, scoring key, scoring method, comparison norms, references, etc.

Here are some of the common types of assessments available for testing the psychological health of people.

Alfred Binet was the pioneer of IQ tests. He constructed these tests to find out which of the French students required special assistance. The tests helped him in realizing that various factors played a role in assessing the intelligence of an individual.

In the past, phrenology was used to assess people’s personalities. The test measured bumps on the skull to assess their personality. Personality tests have evolved a lot over the years.

Nowadays, personality assessments have become much more sophisticated and reliable. Each personality test is used for assessing and comparing certain variables.

Projective tests are unique and common personality tests and they are formed to test the behavioral response of an individual to a certain stimulus which produces a variety of hidden emotions underlying beliefs or thoughts using pictures.

Speed tests are used for measuring performance based primarily on the speed at which one works. In these tests, the score is based on the persons’ ability to answer all the questions correctly irrespective of time, which is known as the power test.

Human beings have certain specialties and abilities. A person who has a calculative brain might not have a strong creative mindset. Such varying abilities and interests can be identified and tested with the help of an aptitude test.

But humans are complicated beings and they have complex personalities and can be unpredictable so there is always room for ambiguity.

Here are some of the common aptitude test forms:

The perception of people about things varies and it is because of the different neurological structures of our brains. These tests measure the cognitive workings of an individual.

Neuropsychological tests are a vital part of psychological testing as they can help in assessing serious diseases like brain injury or Alzheimer’s or emotional disorders. Knowing the core of the issue is the key to fixing it.

The neurological tests are used for assessing factors such as:

It is essential to keep monitoring one’s emotions and keep them under control. Identifying emotions is the key to regulating them. An emotional intelligence test assesses a variety of emotions through a variety of situations presented to the candidate taking the test.

To get accurate EQ or emotional quotient results, the candidate must give honest answers instead of the answers they think they should give.

People with high EQ are much more successful and content than people with low EQ scores. Emotional intelligence can overlap with other genetic and personality compositions. It can change and fluctuate with time. Changing EQ needs constant conscious actions and evaluating the consequences.

Several psychological personality tests are performed individually. These tests are known as individual tests and help in choosing a career. They are also used for doing diagnostic and clinical work with people that are emotionally disturbed. Stanford-Binet Intelligence Scale is a common example of an individual psychological test.

Some tests are designed for a large number of people. Some common examples of group tests are the Adaptability Test, Purdue Vocational Achievement Tests, and Wonderlic Personnel Test.

The essay tests have been around for a long time. They are among the oldest psychological tests created to assess an individual’s ability to articulate and organize one’s thoughts clearly and logically.

The objective tests have a single correct answer and there is no requirement for any long explanation from the people taking the test. These tests are mostly used for checking the mental power or ability of the candidates.

There are plenty of psychological personality tests available online but not all of them can offer accurate and reliable results. Before taking the test, it is essential to check if it has the key characteristics of a good test.

The main five characteristics that make a psychological test worth taking are:

Psychological personality tests should not be subjective. The judgment regarding the knowledge, trait, ability, or skill must be evaluated and measured objectively.

If you are taking the test to find the right career or for academic purposes then the test results must be reliable and trustworthy.

To check the reliability of the test, you should administer the same sample more than once and if the test results are the same then it is a reliable test. It is an easy method but there are other ways of checking the reliability as well.

The reliability of the test is usually assessed in the following four ways:

Several factors can have an impact on the reliability of test scores. It is essential to understand that the assessments can offer results that are reliable in one context but not so much in another context. It shows that the different estimates of reliability are not inflexible and are interchangeable.

Validity is a characteristic that refers to the extent to which the test manages to measure what it is designed to measure. The intelligence test is supposed to assess the level of intelligence then it should be able to assess a person’s intelligence and not any other personality traits.

The validity explains if the test has been able to satisfy its objectives or not. Here are some ways of checking the validity of the psychological personality test.

The correlation of the test scores of an individual’s test with the theoretical concept of what it is supposed to measure.

The level to which the content of the test represents the target subject matter and the level of support it offers for its intended purpose.

The validity method measures the degree to which results of the test correlate to other relevant, measurable, and reliable variables.

There are other kinds of validity methods that are relevant to SSA, but they are entirely accepted in professional standards and they include

How much the psychological tests are helping in the preparation of a suitable diagnosis.

The degree to which the results of the test scores show everyday levels of functioning for example effect of disability on an individual’s ability to function without relying on anyone.

It validates the degree to which the procedures and content of the test accurately reflect the sociocultural contexts of the subjects under the test.

The above-mentioned validity forms pose some difficult and complex questions regarding the use of some particular psychological measures.

The norms refer to the average performance of a sample on a given psychological personality test. It provides an idea of the average standard of a particular test sample in a certain aspect.

Norms are standard scores developed by the creators of the test. People taking the test can compare their scores with norms. The common standardized expectations and procedures include:

These methods are used by examiners for the process and collection of normative data. It is essential to understand the population for which the test is intended. The norm group is also known as the standardization sample.

Norms make it possible to make meaningful interpretations of scores land making adequate predictions depending on the evidence available. The development of appropriate norms depends on the representativeness and size of the sample.

When the psychological test is applied to a group of people it is not intended for, the results are going to be inaccurate and they will be misinterpreted.

The psychological personality test must be practicable in time required for the length, completion, scoring, number of questions or items, etc. A practical test is not too lengthy and the questions must not be too hard to answer.

Uses of the psychology personality test

Psychological personality tests are highly useful as they can help in analyzing mental abilities and attributes of people including ability, personality, neurological functioning, and achievement.

Here are some popular uses of psychological testing:

Psychometrics is a scientific study of interpretation, evaluation, and development of psychological tests. It also includes a measure that assesses the behavior variability such as accuracy of use and interpretation. It is also a measure that is concerned with fairness that is the equivalence of usage across different groups.

The psychological personality tests play a significant role in unraveling the mysteries of complex human personalities. They help identify dominant traits and weaknesses of a personality.

Psychological assessments are an efficient tool for assessing the mental health of an individual and that makes them useful in different walks of life. They are used by organizations, educational institutes, and individuals for comprehending human psychology and using it to make better and healthier life choices. We offer AI-assisted psychological personality tests that offer reliable results and provide valuable insight into human mentality.