The Best and Most Inspirational Personality Quotes 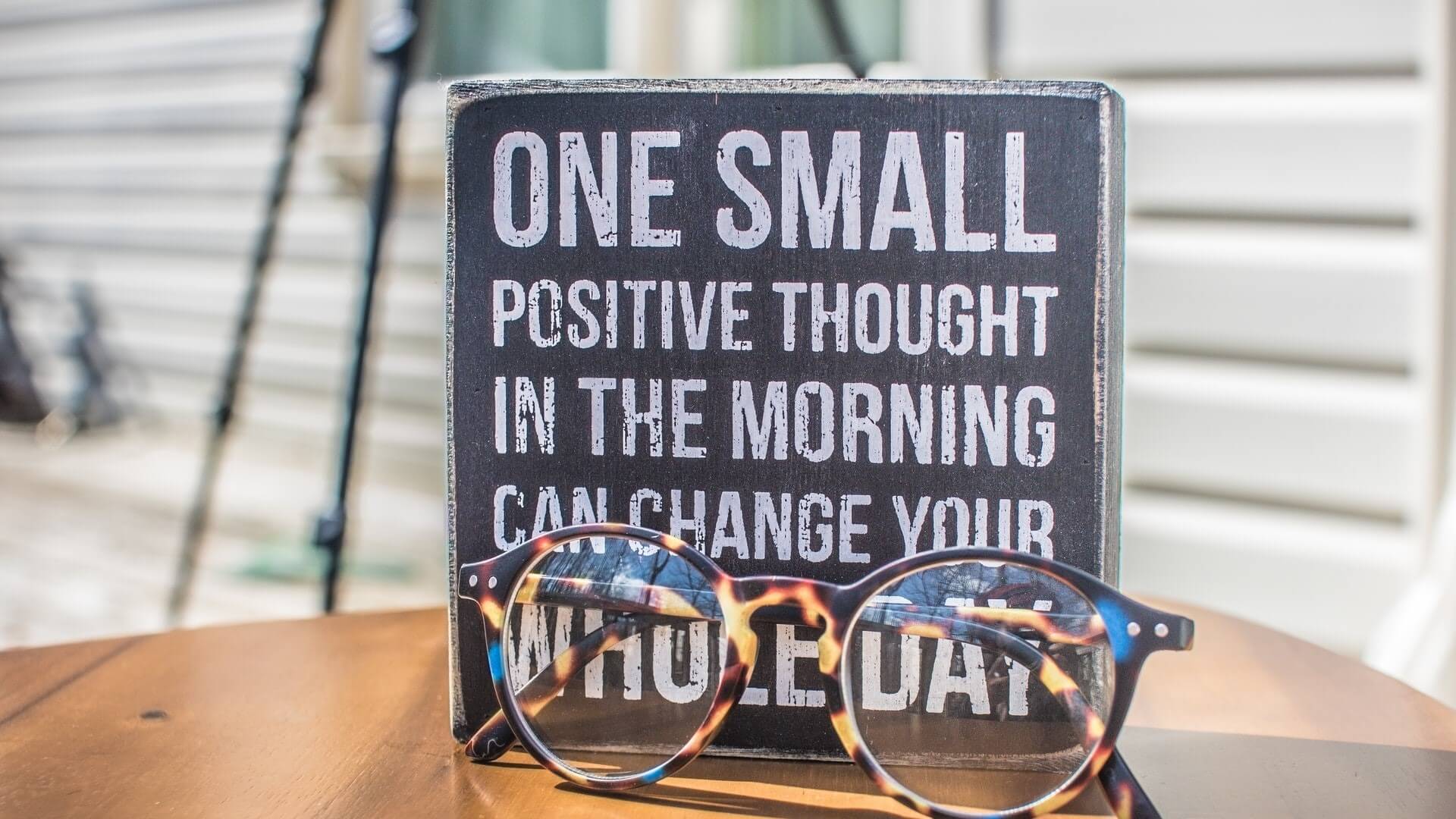 The way a person thinks and behaves is known as personality. Human beings are complex and a lot of work has been done to determine different types of personalities. But defining personality types is hard because of the complexity of human nature and thinking.

Different people have different concepts about personality and its importance.

Here are some popular quotes about personality.

“Your SMILE is your LOGO, your PERSONALITY is your BUSINESS CARD, how you leave others feeling after an experience with you becomes your TRADEMARK.” 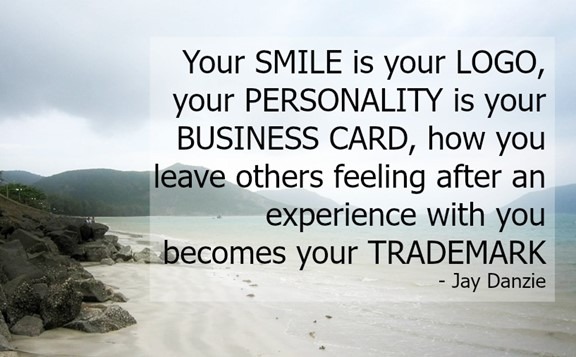 “Personality is the glitter that sends your little gleam across the footlights and the orchestra pit into that big black space where the audience is.” 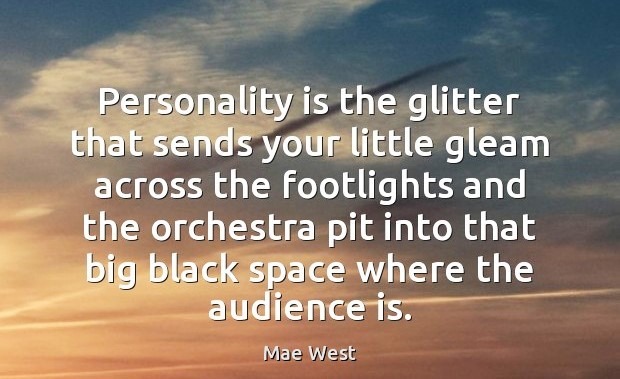 “All too often our personality is nothing more than psychological clothing that we wear to hide our true self from the world.” 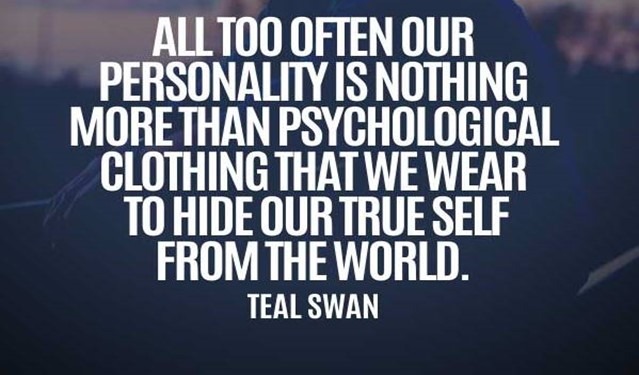 “We continue to shape our personality all our life. If we knew ourselves perfectly, we should die.” 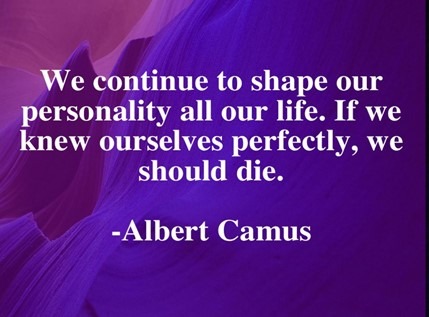 “I mean, I would hope that I have a style or personality that is evident wherever I go.”

“Why am I as I am? To understand that of any person, his whole life, from birth must be reviewed. All of our experiences fuse into our personality. Everything that ever happened to us is an ingredient.”

“Personality in man is what is “not his own” . . . what come from outside, what he has learned, or reflects, all traces of exterior impressions left in the memory.” 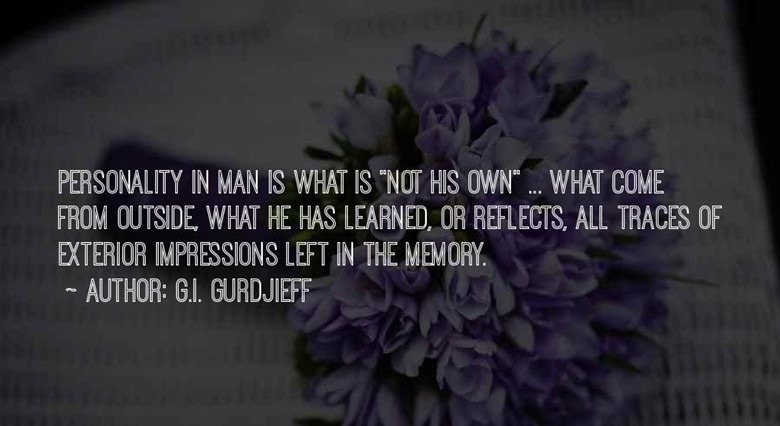 “Personality has power to uplift, power to depress, power to curse, and power to bless.”

“Always be yourself, express yourself, have faith in yourself, do not go out and look for a successful personality and duplicate it.”

“Personality is an unbroken series of successful gestures.”

“Personality is reduced and deformed with depleted thoughts and stagnant mind.”

“Introverts live in two worlds: We visit the world of people, but solitude and the inner world will always be our home.” 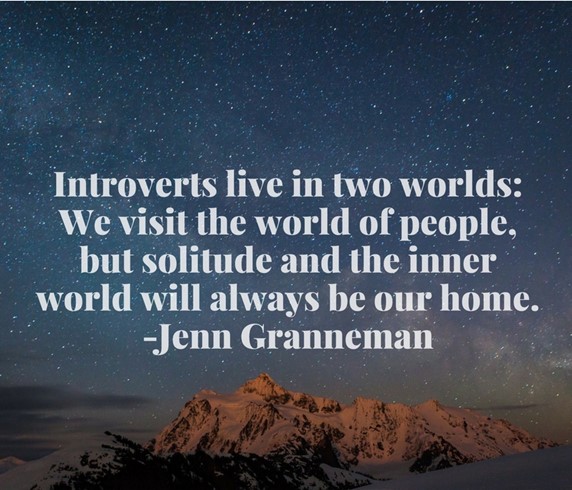 “For the adult, all the world is a stage and the personality is the mask one wears to play the assigned role.” 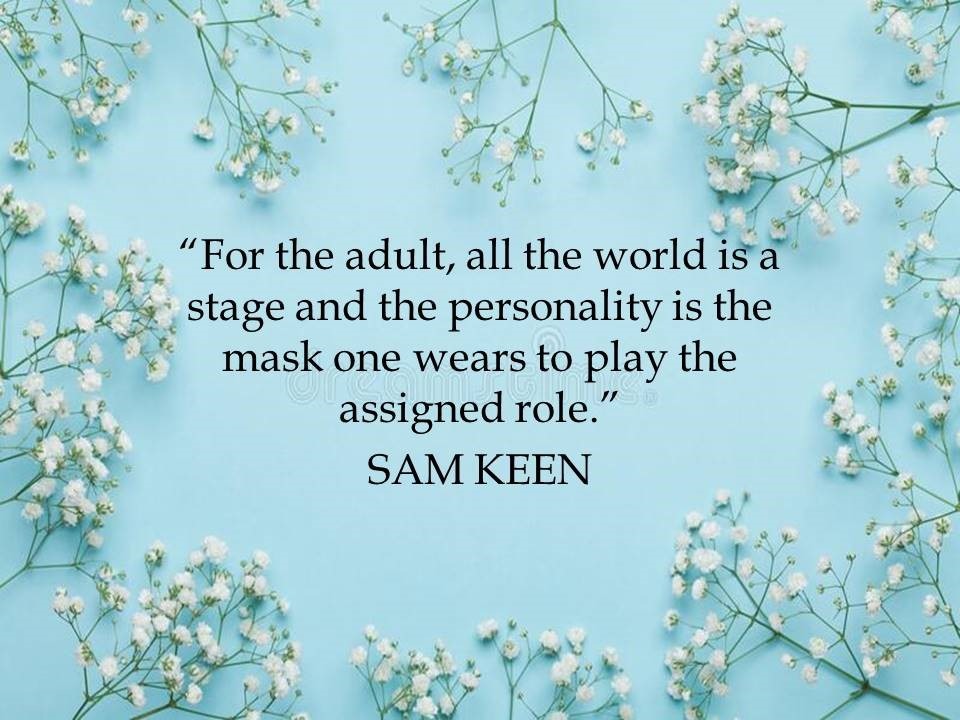 “The conscious mind may be compared to a fountain playing in the sun and falling back into the great subterranean pool of subconscious from which it rises.”

“Your vision will become clear only when you can look into your own heart. Who looks outside, dreams; who looks inside, awakes.” 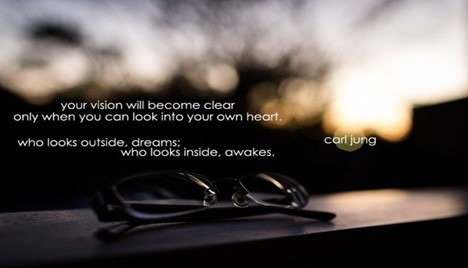 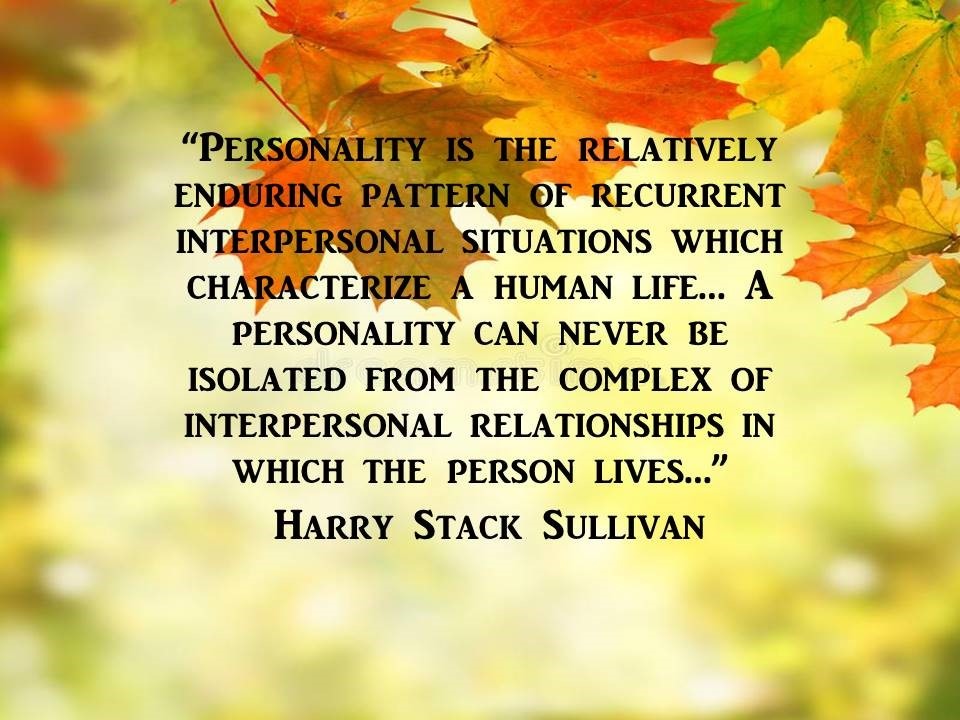 “A person is a fluid process, not a fixed and static entity; a flowing river of change, not a block of solid material; a continually changing constellation of potentialities, not a fixed quantity of traits.” 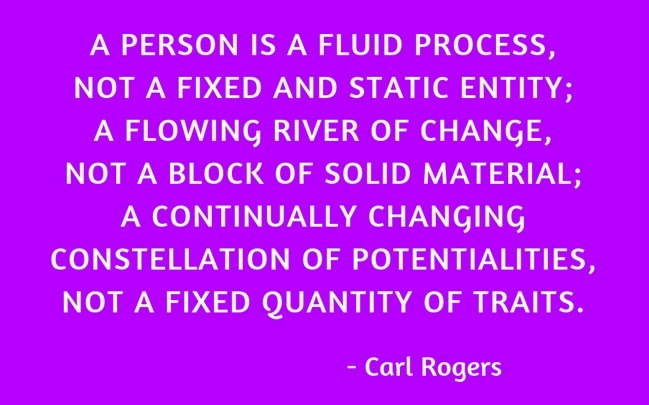 “To understand what a person is, it is necessary always to refer to what he may be in the future, for every state of the person is pointed in the direction of future possibilities.” 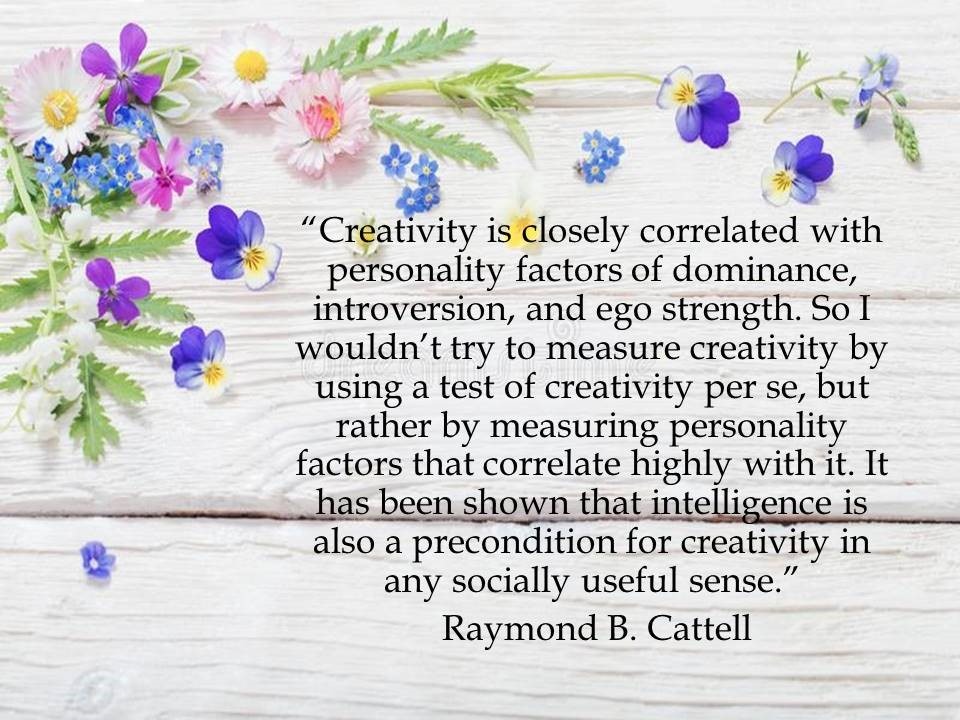 “People’s beliefs about their abilities have a profound effect on those abilities.” 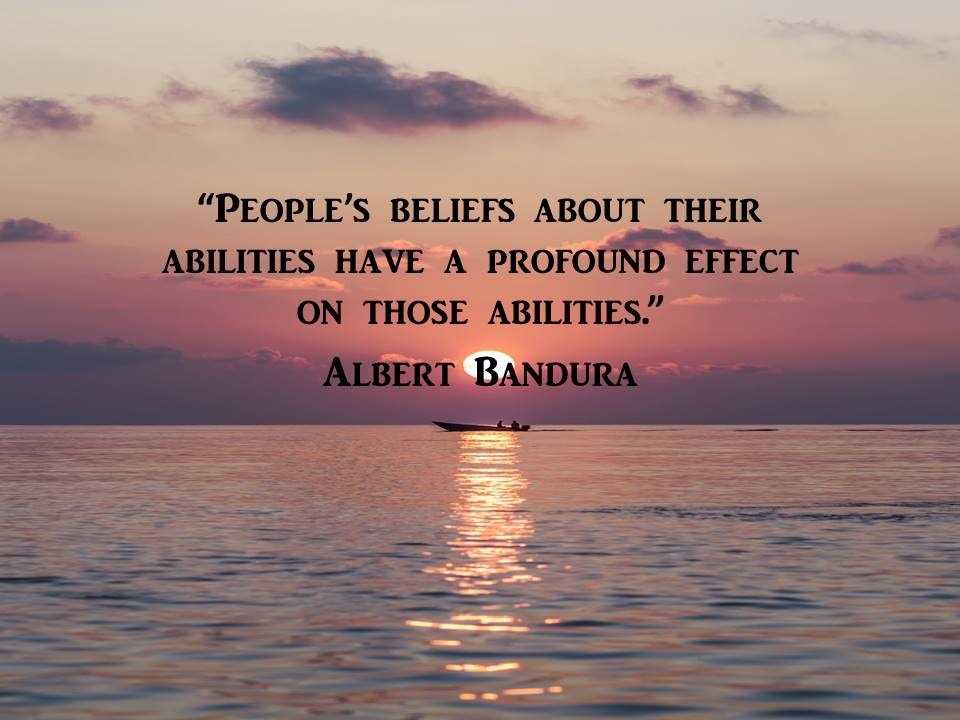 “If positive psychology teaches us anything, it is that all of us are a mixture of strengths and weaknesses. No one has it all, and no one lacks it all.”

“Your emotional life is not written in cement during childhood. You write each chapter as you go along.” 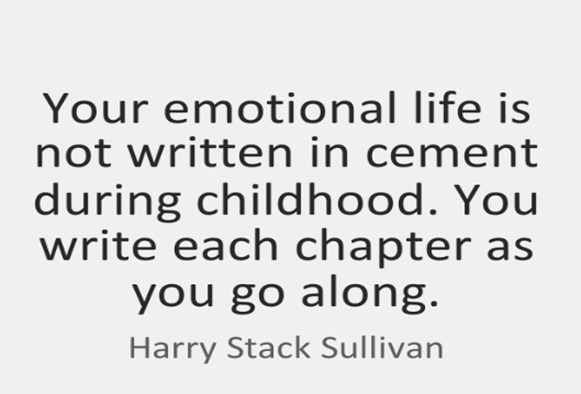 “The shoe that fits one person pinches another; there is no universal recipe for living.” 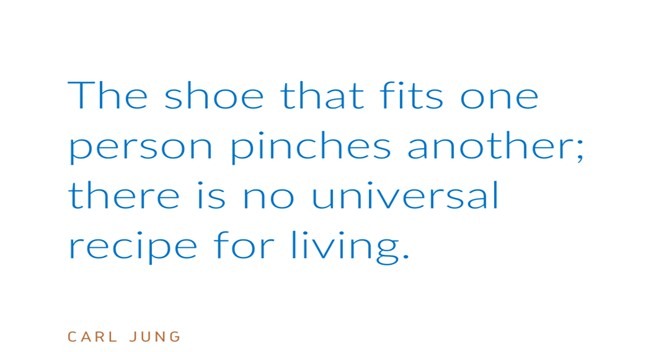 “The conviction grows in me that we shall discover laws of personality and behavior which are as significant for human progress or human understanding as the law of gravity or the laws of thermodynamics.”

“Of course the impression we make on others, and their response to us are important factors in the development of our personalities …. [But] what about the solitary hermit … or Robinson Crusoe before the advent of his man Friday? Do these isolates lack personality because they have no effect on others? [My] view is that such exceptional creatures have personal qualities that are no less fascinating than those of men living in human society … [and that] we must have something inside our skins that constitutes our ‘true’ nature” 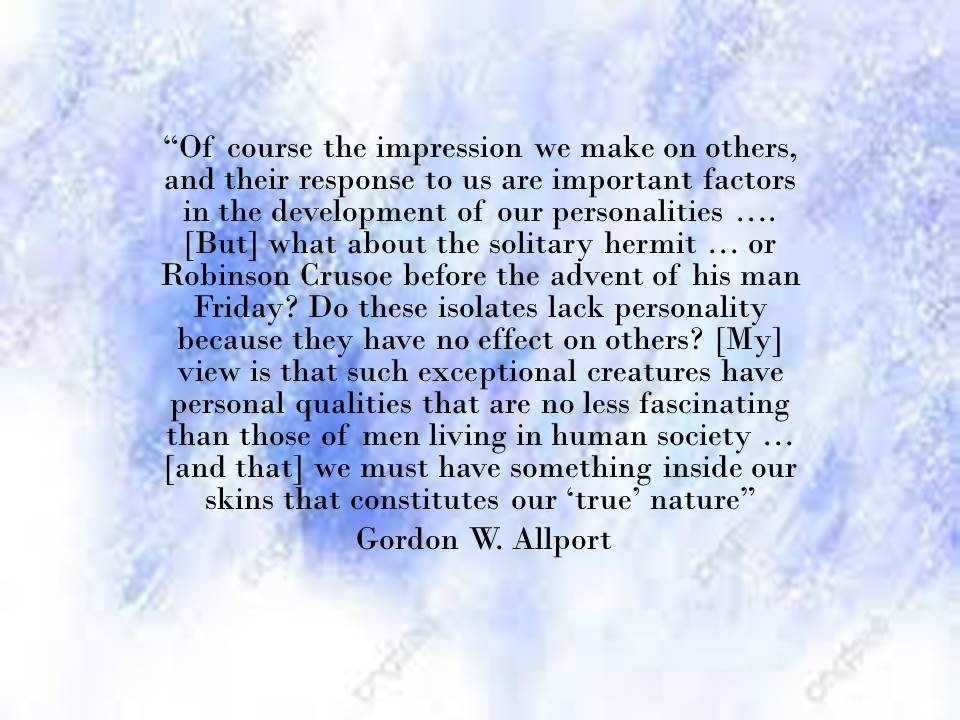 “The human mind is generative, creative, proactive, and reflective — not just reactive.”

“Psychologists say that the nature of one’s personality is determined by the nature of the hurts they experienced in early childhood. People carry those hurts with them for the rest of their lives.” 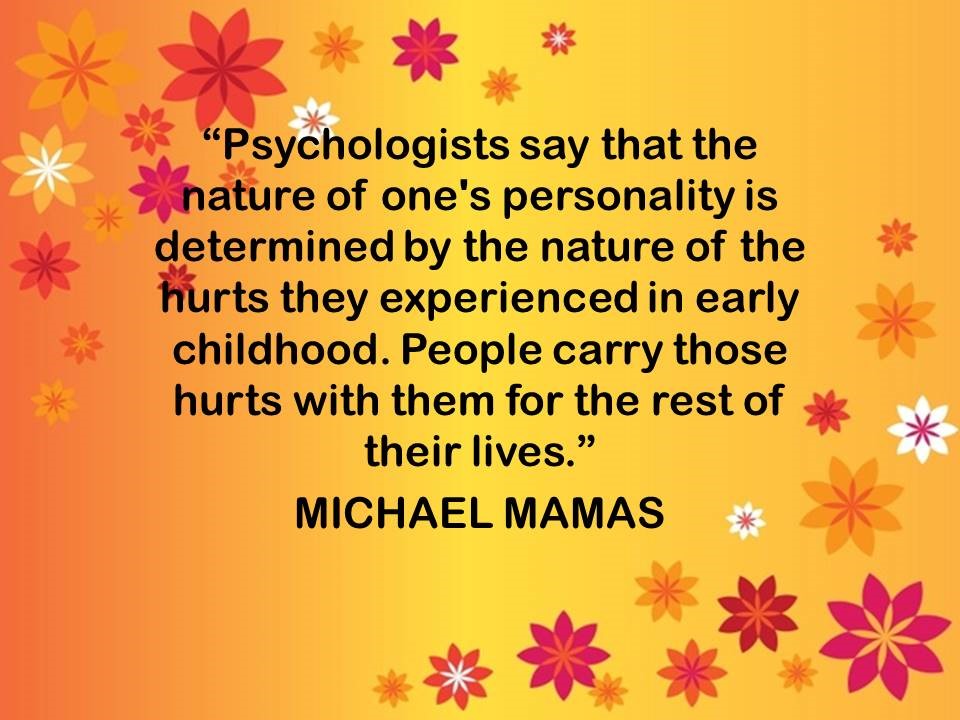 I’ve trained myself to illuminate the things in my personality that are likable and to hide and protect the things that are less likable.

There is no formula for how to deal with different personality types. The process is one of exploration and observation. You can see how people respond to different things. You can approach them in a manner, see how they respond, and adjust accordingly. It’s almost like you are putting out feelers to get a sense of how best to relate to them. 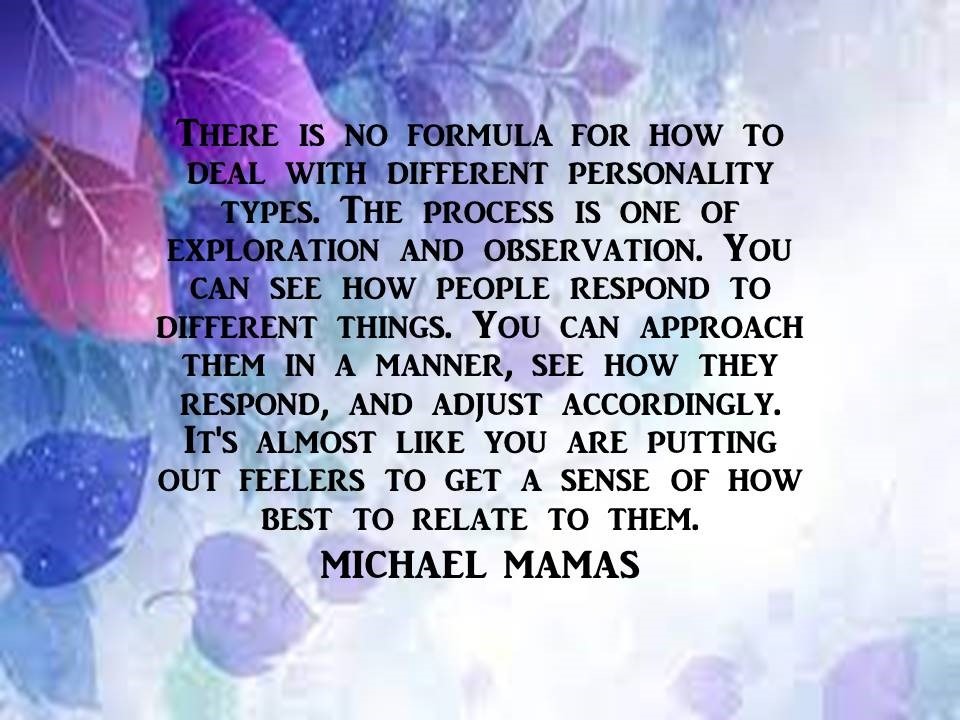 Personality is, in fact, only a free being emphasizing and recognizing itself as such. Every man makes his own personality, he is to that extent his own creator. 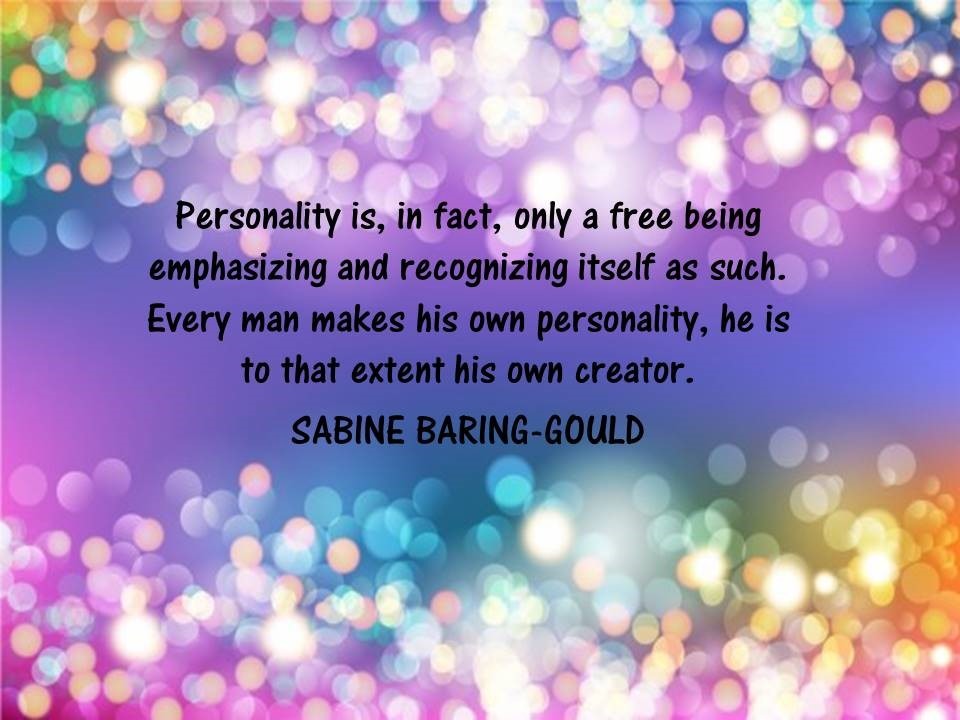 Humans are curious beings and are highly interested in identifying their personality traits. The knowledge of one’s personality is valuable and can help in improving life. To determine your personality type you can go to our website and try the AI-assisted personality tests to get reliable results.